I want to give back while on this trip and have picked two charities that I'll be raising awareness for. I have a goal of $10,000 for each charity, which comes out to roughly $4 per each mile I ride.

The Stirling A. Winder Foundation
towards Osteosarcoma research 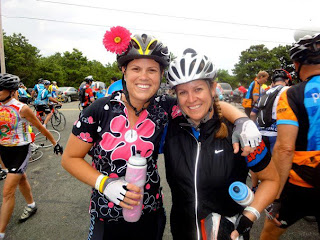 I will be biking in memory of my friend Stirling. I'll be riding to raise money for her foundation for osteosarcoma research. I have yet to be able to articulate what an amazing friend Stirling was, but you can read my favorite article about Stirling, written by a fellow classmate of hers at UVM which also explains how she became a passionate cyclist. Of course she is always on my mind, and even more so when I'm on my bike.

To Donate: I haven't found a streamlined way to do this yet or how to track donations, but for the time being here are the directions:
1. Go to this site
2. From the drop down menu select 'Stirling A. Winder Fund'
3. In the comments write "On behalf of Biking for Beer"
4. Fill in the rest of the information and your donation amount
5. Thank you!

Here is a bit that was written about her battle with Osteosarcoma and how she overcame it to ride in the famous Pan Mass Challenge on multiple occasions:
Stirling first was diagnosed with Osteosarcoma when she was a freshman in college and was quickly taken from UVM to MGH so her cancer could be addressed. That included a knee replacement and chemo treatments. 3 years ago, Stirling was convinced to ride the Pan Mass Challenge.

Before the 2011 PMC, Stirling had surgery on her lungs to remove tumors and was 10 days out of chemo when she completed her ride. She was lucky enough to have a friend ride a tandem with her across the 165 miles! No easy feat, but even harder just coming out of chemo, but Stirling was so strong, and she rode and finished.

As we all know, life isn't fair and in 2012, a week before the PMC, Stirling lost her valiant battle. Even during her last few weeks, she was trying to figure out how to get to the finish line to support her team. She was truly an inspiration.

Bikes Not Bombs is a Boston based bike shop and non profit organization that I truly believe in. While some of thier efforts go towards providing bikes for the local community and teaching children and adults bike maintenance as well as providing the necessary space and tools, a large part of their project is arranging for the bikes to go overseas in support of sustainable community development projects—some go to locally owned bike stores and youth training centers, others to orphaned children, and (with a little re-engineering) some will even find new life powering washing machines and corn grinders. In backing such projects, Bikes Not Bombs hopes to reduce conflict by engaging people in their communities and improving standards of living. Read more about it here.

To Donate: (I'm currently setting up a special donations page)

Thank you for helping me support two wonderful charities, each working to change the world for the better.